The Wet brings wealth and woes…

We left after lunch for the drive north to Mzuzu and wondered if the recent early break to the Wet for Lilongwe would remain as we headed for Kayelekera. It did.

There is a sigh of relief, almost palpable in Malawi when the Wet Season arrives because without it there is no maize crop and no money made and people go hungry unless the Government buys grain from elsewhere and just at present, the Government does not have much money. Well, it does for trips around the world for those in power but they are seen as needs-based, as in more necessary than repairing roads and feeding people, and so money follows power.

You do shake your head when you hear the President is spending a week or more in the US with an entourage of sixty and they are all staying at the Ritz, or was it the Waldorf Astoria,  in New York, where the Presidential Suite is $17,000 a night for the leader of the poorest country in the world.

But the President becomes a supreme being on election, the chief of all chiefs and the chief system is entrenched in this society like aristocrats and monarchies of old. No doubt the ordinary people do not mind if traditions are being honoured. One just wishes that those with power minded for them.

Having said that, with the new Government in place there are some signs of money being spent on ordinary people with some repair work to roads and new drains being built to carry away safely the huge amounts of water nature dumps on the country in the wet.

It was raining as we drove out of town but eased an hour or so on the road, only to break through in determined fashion as we drove up higher into the mountains outside Mzuzu,  some four and a half hours north of Lilongwe.  It is a logging area, the pines planted decades ago, and not well managed, but remaining still.

There was low cloud and mist along with rain as we made our way along largely empty roads. The price of diesel has risen dramatically in recent times and is close to what is paid in Australia, which, when compared to the amount people earn here, is an absolute, impossible, fortune.

So there were less private cars, less mini-buses, lots of bicycles and a few trucks and semi-trailers. Sadly, of the latter, more than six in recent days had not completed their journeys and lay overturned, some consumed by fire, on the side of the road. How many dead it was hard to say but it would be a few in that most semis would have a driver, his girlfriend and a mate and perhaps a hitchhiker, and a few crushed cabins made it clear that no-one got out alive and may well have been still entombed as we passed.

They drive too fast and the roads are not too bad, but far from good with the edges eaten away by rains in every Wet. You never know what is around the corner but, the local warning is to place tree branches from some distance on either side so you know the road will be blocked. There were a few stalled semis and trucks as we climbed through the mountains, no doubt because of poor servicing and all of the other problems which breed in Third World countries like Malawi.

The rains meant also less people on the side of the roads which makes the drive easier. Avoiding cyclists and pedestrian being perhaps more of a challenge than careering cars or trucks. There is nothing more off-putting than a woman on a bicycle in front, a baby strapped to her back, as she gets the wobbles, as they often do, and starts to weave around trying to remain upright.

The locals must have known the Wet would be early this year because the fields had been prepared for planting maize. In that ‘needs must’ way of Africa, the fields often run willy nilly, with trees and stumps left where they stand and the furrows dug around them. Why put all that effort into moving something when you can go around it? On the bright side, although it remains to be seen how effective it can be on the corruption continent, Malawi has brought in a ban on plastic bags.

What I do not understand though is why the plastic bags are not removed as they work! Surely that peep of blue plastic might, could, will interfere with the growth of precious maize. But the plastic weed of Africa is endemic and perhaps the corn has learned to grow around it or through it in that way of things in this part of the world.

It’s can’t be much fun for the locals in the wet. Some houses have iron rooves but most have grass and it must leak. The dry, red earth turns to mud because the rains are torrential. Even more, the talc-like consistency of the soil means much of it is just washed away into drains, onto roads, and where it should not be.

People sit around a lot in Malawi. It seems common in Africa. The men more than the women for needs must as a philosophy means people need to eat, clothes need to be washed, water needs to be fetched and children and men need to be looked after. But beyond what must be done, there is a lot of sitting around and talking. No doubt in such places people could, in ways they could not, in more severe climates where sitting around and talking all the time would have you dead in winter.

And so there is a lack of industry in the culture, a lack of effort expended without necessary gain. You see it even in the offices where people go to work, but not as they go to work in Western cultures – they go to work to do the minimum which is required, sadly not much and not enough, and then they sit around drinking tea or coffee, talking. They seem surprised at the industry of Westerners. Why would they not be? It is alien to their culture.

And the ubiquitous donor aid industry has turned it into a mendicant culture where now if there is sit-down time, it happens with a hand held out for the international community to provide funds.

Another factor in Africa is that as the local saying goes, if one lobster tries to climb out of the pot, he or she will be pulled back down. You are not meant to be different. So planting more trees around your home or putting in a garden or establishing ordered fields would make you different and you would be pulled into line. A chief can be different. A chief can paint his house, order his fields, establish a garden …. but not ordinary people. And so nothing changes, not even for the better.

For the lack of industry is not because Africans cannot work hard. They can and they do, particularly the women who walk miles with huge containers of water, bundles of wood, sacks of maize or whatever else is needed, on their heads. Often with a baby on their back. And the men cycle up hills with passengers on the back, goats strapped to a frame, huge piles of timber, metal pipes, bags of coal and teetering piles of wood.  But all those things are required and they work hard for what they need to do and then they sit around.

But they can sit around because nature allows them to do it, generally.  The soil here is so rich that food is easily grown. Most of the farming is subsistence because there are now too many people, some 15million, in the small sliver of land which is Malawi. And the chiefs are still gods and hold sway. There is no way of organising farming because there is little spare land and the chiefs don’t want things to change and the ordinary people cannot bring about change and so, nothing changes. 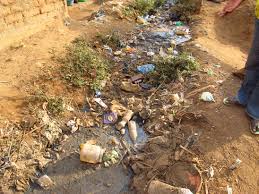 It is probably more depressing for outsiders looking on than it is for people living such lives who have never known anything different. HIV/Aids is rife here and cutting down Malawians of all ages, all of the time. A 25 year old Australian is likely to have never been to a funeral while a Malawian of the same age, will have been to many. One 25 year old Malawian I know has been to five in the past twelve months. I won’t say it was all, or even any HIV/Aids but it might be. From the ages of eight to about fifty or so, and all relatively close family.

But the people look healthy. They can haul huge loads on their heads and backs and bikes for kilometres and they look robust and fit. Although perhaps there would be more on the roadsides if there were not so many lying ill at home. It is a life of sleep, food, sitting,  some working and sex. There is a lot of sex. Men and women alike seem to be promiscuous …. it is just the way things happen here.

Perhaps with so much death, illness, poverty and corrupt government, people are more inclined to have fun as and when they can. It is perhaps more of a pity that such fun is, for so many, so often deadly if not life-destroying even at higher levels as jobs are lost, careers founder – with Western employers who pay the highest wages – and those who have achieved something, come crashing down.

But then success is considered to be a sign of evil in this part of Africa and good fortune means, not that you are clever or work hard, but that you are in league with witches or the devil, or both. And so perhaps there is an unconscious self-destruct button, a hidden saboteur who will demonstrate that evil forces are not at work, by creating a situation where failure is guaranteed and success impossible.

And people shake their heads, shrug their shoulders and sigh – because it is never ever their fault.

Editor, writer, poet.
View all posts by rosross →
This entry was posted in Uncategorized. Bookmark the permalink.

Life can be tough. Been there. Done that.

Australia's history is being changed by those with a vested interest. History should never be altered to suit anybody. It is, what it is.

Laughing my socks off ...

A weblog about science, homeopathy and spin. And socks.

Watts Up With That?

The world's most viewed site on global warming and climate change

Putting the boss in quack.

The facts about vaccine safety your government won't give you

"Poets reborn; Rising from the ashes!"

Scientific proof the media won't tell you about

Autism Science, News and Opinions since 2003.